Chat with us, powered by LiveChatTrendy Northcote rated best place to live in Melbourne

Melbourne’s northern suburbs are tops for work, rest and play, according to a landmark PwC Australia City Pulse 2021 study.

Of the 295 city suburbs researched, Northcote led the way with a perfect score of 10, followed by Heidelberg-Rosanna and Essendon-Aberfeldie.

The data, which reflected the impact of the pandemic, analysed each suburb’s access to schools, parks, hospitals, dining venues, health centres and shops. The unemployment rate, street safety and walkability were also taken into account.

Northcote has a strong community spirit which contributes to its liveability and popularity, according to Barry Plant Inner North Group director Loretta Khoo.

“This was particularly evident during the lockdowns when everyone bought local and supported the businesses to keep them going,” she said.

“There is an awesome energy that resonates through the suburb, which also has a great Walk Score, well above most areas in Melbourne.”

Northcote’s Walk Score, which measures the walkability of any address to amenities, is a high 82, and the postcode is deemed very walkable as most errands can be accomplished on foot.

“Cafes, parks, bike and walking tracks, shops, schools, trains and trams are practically at the doorsteps of most homes,” Ms Khoo said.

Located 7km from the CBD, Northcote is a trendy yet laid back suburb that attracts singles, families, professional couples, downsizers and retirees.

Considered a high-demand market, the median house price has soared 16.6 per cent in the past 12 months to $1.705 million, according to realestate.com.au.

“There is strong interest from buyers moving in from the country and wanting the Northcote vibe, and also from developers who understand its value and growth, ” Ms Khoo said.

Ms Khoo pointed to the sale at 130 Emmaline Street, Northcote, where four potential developers competed for a dated four-bedroom house. The property sold for $1.815 million to a local buyer who plans to build side-by-side townhouses on the block. 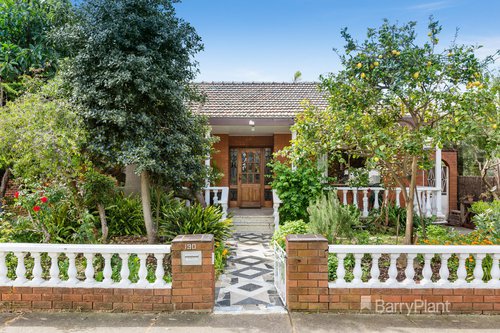 The study also showed the spikes in liveability of family friendly middle-ring suburbs, including Heidelberg and neighbouring Rosanna, located 14-16km from the CBD.

“These areas with their leafy streets, multicultural eateries and bustling shopping strips, attract all types of buyers,” he said.

Offering strong infrastructure, quality schools and hectares of parkland with recreation areas, both the suburbs have a diverse variety of homes that are tightly held.

“When they are listed, they are snapped up by first-home buyers, families, and downsizers wanting to stay in the areas,” Mr Goulopoulos said.

A four-bedroom house at 24 Martin Street, Heidelberg, which sold to a family for a multi-million dollar price, attracted multiple offers, according to Mr Goulopoulos. 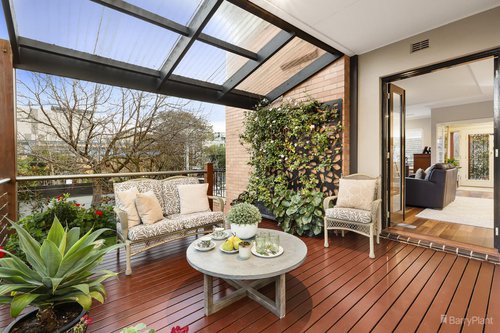 “This is a great place to bring up the kids, as it’s in the Viewbank College zone, near the primary school, buses and trains,” he said.

In the medical precinct near the world-renowned Austin Hospital, the property is just metres from Burgundy Street shops, cafes and restaurants.

About 8km from the CBD, Essendon and neighbouring Aberfeldie, attract those wanting a relaxed lifestyle within sight of the city, according to Barry Plant Essendon director Bill Karp.

“These are great places to live as they offer good schools, vibrant retail outlets and eateries, and employment,” he said.

“And the parklands along the Maribyrnong River are a huge drawcard.”

Both the areas are high demand markets with median house prices around $1.7 million, according to realestate.com.au.

“Homes here are still affordable, compared to similar properties on the other side of Melbourne,” Mr Karp said.

“And there are good transport services and easy access into the city, airport, greater Melbourne and regional Victoria.”