For some people, the first few weeks of a new year are the ideal time to put up your feet and recharge your batteries. On top of that, though, the start of a new year is also an ideal time for many families to think about the year ahead and to fine tune your plans for the future, particularly if there are aspects that you want to make changes in. 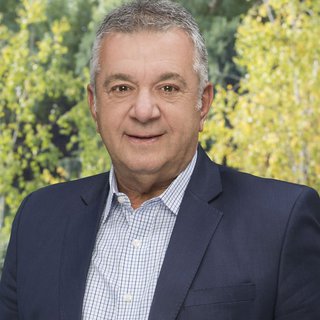 For some, this might involve a change of jobs, a change of school for the kids, or even taking the next step in your property journey. Importantly, if you are considering making a move in 2020, you will probably be wondering what the Melbourne property market is likely to do this year, and how you can plan for any changes that may occur as the year goes by.

Keep in mind that making predictions about what the property market is going to do in the future is never an exact science. You’ve only got to look back to this time last year, when many economic forecasts were full of doom and gloom, to understand just how far off the mark some predictions can be! As we all now know, despite a nervous start to the year, 2019 ended up being a year of growth in property prices in Melbourne.

Having said that, it was interesting to read that both the Age and Herald-Sun on Saturday included article about the positive forecasts for growth in property prices for the coming year. The latest market information from Corelogic, including their property forecasts for 2020, was also very positive.

The Corelogic report was covered in the Australian Financial Review on December 26th:

“Home values in Australia's biggest cities are on course to record up to 14 per cent growth in 2020 as low mortgage rates and easier lending standards unleash buyer demand…The largest, and longest, market decline since CoreLogic started tracking the indices in the early 1980s led to capital city dwelling values falling 10.2 per cent over 21 months. But the property market analyst expects the rapid turnaround in the second half of 2019 to persist, with an 8 per cent nationwide increase by the end of next year.”

In fact, CoreLogic has tipped home prices in Sydney rising as much as 12 per cent, and in Melbourne by up to 14 per cent. Informed forecasts like this are another good reason for anyone planning on buying their next property in 2020 to consider making that move sooner rather than later.

Thus, if you would like some up-to-date advice or assistance on any property matter, be sure to give the Barry Plant team at Taylors Lakes and Caroline Springs a call on 9390 8333.

Another 100% result for local home sellers