Chat with us, powered by LiveChatThe Basin, 3154: Tiny foothills suburb is much in demand

The Basin, 3154: Tiny foothills suburb is much in demand

With just a handful of properties for sale, with an average of five home sales a month, The Basin is tightly held and very sought-after.

Covering less than 6sq km, this small suburb in the Knox council region has plenty going for it.

“The Basin has a lovely community and village feel with enough shops and services, two primary schools and it is just five minutes to the train station,” Barry Plant Boronia agent Monique Fitzgerald said.

“It is in the foothills, surrounded by national parks, and is a hidden pocket that’s always attracting buyers.”

The area serves as a green wedge on Melbourne’s fringe and is nestled on the foothills of Mt Dandenong and the Dandenong Ranges National Park.

In 1860, famed government botanist Ferdinand von Mueller named the area The Basin as it was surrounded by hills. After European settlers arrived in the 1860s, nurseries and vegetable farms were cultivated, and larger homesteads were later developed for residential housing.

In the 2016 census, The Basin recorded just over 4400 residents spread across 1680 dwellings. The area is strictly protected against over-development, with most blocks not zoned for multi-dwelling use.

Development limits plus the natural and peaceful surroundings mean residents tend to stay for the long term, while newcomers are eager to move in.

In recent years, The Basin has been described as a high-demand area. It was ranked Australia’s second most in-demand suburb by realestate.com.au in 2017, based on views of property listings on the website.

The area’s homes, 90 per cent of which comprise houses with mainly three or four bedrooms, continue to draw strong buyer interest.

Properties for sale are swamped with enquiries from potential buyers and sellers can expect multiple offers and sale prices above their expectations, Ms Fitzgerald said.

“There is never a lot on the market and all our listings sell well,” she added. “One seller had 14 offers while another home had eight offers in a week.”

A house on a large block on the market at 1393 Mountain Highway has received plenty of enquiries and is expected to sell well. 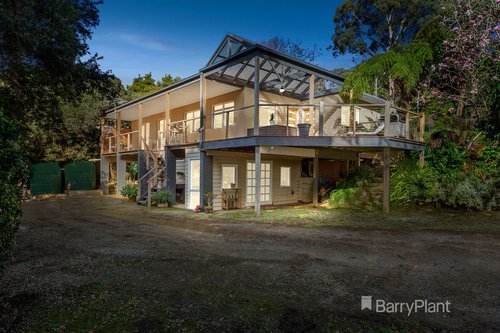 Interest is coming from first-home buyers and downsizers to those from the city seeking a hills lifestyle, Ms Fitzgerald said.

With median house prices well below that of Knox suburbs such as Wantirna South and Wantirna, The Basin is seen as affordable and value for money with its good-sized blocks.

The postcode has two primary schools, with The Basin Primary School dating to 1880.

The hub of the suburb is The Triangle, which features several rows of shops, a post office, restaurants, cafes and pubs, with traffic management in the form of two pedestrian crossings.

The Basin Theatre Group and several houses of worship also service the area while residents have larger shopping centres within a short drive.

Other suburbs to check out:

Ivanhoe: Prestige locale with leafy streets, top schools and just a hop to the city

Keysborough: Sweet spot between the bay and paddocks

Viewbank: Rejoice in nature and a laidback lifestyle