Chat with us, powered by LiveChatSunbury 3429: Best of country living with city style

The north-west Melbourne suburb of Sunbury is charming and family friendly with urban conveniences and a laid-back country vibe.

Set in the City of Hume, 39km from the CBD, it offers a wide range of property types for buyers, with new residential estates adding to its attraction.

First settled in 1836 by George Evans and William Jackson, it was named after Sunbury-on-Thames, in Middlesex, England and had a population of 36,084 at the 2016 census.

Renowned as the birthplace of The Ashes, international cricket's coveted trophy, Sunbury is home to Rupertswood Mansion, built by the Clarke family, a leading pastoralist, in 1874.

In recent times, Rupertswood Mansion and country estate was used for educational and agricultural purposes. Salesian College is still located on the estate, while the restored mansion is an event venue.

Other historical landmarks from the mid-1800s include the Old Sunbury Courthouse, the bluestone homestead at Craiglee Vineyard, and the Aitken's Gap Gaol. 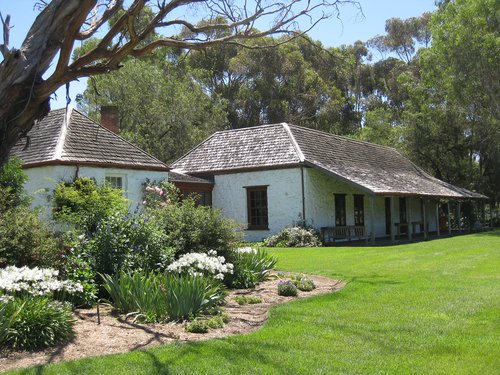 Sunbury also boasts Victoria’s oldest homestead, Emu Bottom, circa 1836, which is now a tourist attraction and wedding venue. And in the 1970s, the suburb held the nationally acclaimed Sunbury Rock Festival.

With its proximity to major manufacturing and transport hubs, such as Melbourne Airport, Sunbury attracts people who work in the CBD and those who want more affordable living further out.

“It’s less than an hour to the city, less than 20km to the airport, and close to all the tourist destinations.”

However, prices are on the rise due to strong competition for the low supply of properties on the market.

“Property prices have increased by at least 15 per cent since the start of the year (2021),” Mr Owen said.

New estates offer modern units and sleek multi-level family homes, and for those wanting room to roam with all the bells and whistles, there are million-dollar showpieces on acreage blocks.

A major drawcard is the laid-back lifestyle where everyone can enjoy a golfing weekend at the Goonawarra Golf Club, a stroll along the heritage trails, or an afternoon at an award-winning winery, including the historic Goona Warra and Craiglee vineyards, circa 1860s.

Sunbury Aquatic and Leisure Centre offers fitness and swimming programs, while the historic Boilerhouse Community Arts Centre is a hub for theatre and culture.

There are parks with playground and barbecues, including The Nook, the Jackson Creek and Albert Road nature reserves abundant with native birds and wildlife, plus the Galaxy Land adventure playground and Paintball Sunbury that offer plenty of fun for all ages.

Sunbury has a new library and global learning centre, a Reading Cinema complex, multiple hotels, and The Alley lounge and nightclub.

Sports enthusiasts have a plethora of clubs to choose from, including football, lawn bowls, tennis, Little Athletics, baseball and cricket, while other clubs cater for dancing, calisthenics, performing arts, and horse riding.

With access to the Calder Freeway close by, the suburb is serviced by taxis, buses plus a railway station with metro and V/Line trains.