Chat with us, powered by LiveChatBarry Plant expands city presence to Yarra’s Edge

The Barry Plant brand has been a strong presence in Docklands since 2001 and Docklands office Director, Daniel Cole, has been keen to expand their service offering to the south side of the Yarra.

Talking about the new office opening, Daniel said, “The opportunity came up to open an office in Lorimer Street at Yarra’s Edge, so we seized on it.” He added, “It will allow us to better serve residents along Lorimer Street, River Esplanade and surrounds.”

The Docklands and Yarra’s Edge are once again flourishing after the shutting of our national borders during the pandemic had kept out many of the people who normally lived in the area and added to its diversity and character.

The opening of the new office gave Daniel the opportunity to expand the team. “I am thrilled that real estate luminary, Geoff White, will be taking on the role of branch manager at the new Yarra’s Edge office. He is highly experienced and, as a long-time Yarra’s Edge resident, he brings that local knowledge and passion that is invaluable in providing the best real estate service.

Geoff White, a fifth-generation estate agent with over 30 years of experience, has been a leader in the industry and has twice been President of the Real Estate Institute of Victoria (REIV). 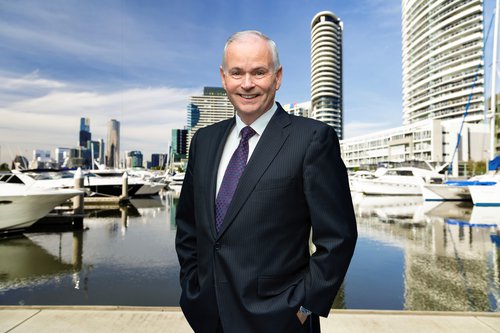 A Yarra’s Edge Docklands resident for over 10 years, Geoff loves the area. ”Yarra’s Edge is one of Melbourne’s hidden gems, with its high level of owner occupancy, community atmosphere and is literally walking distance to everything you need.”

Geoff explained that “The Yarra’s Edge is a hidden gem that is effectively the continuation of South Wharf, to the west side of Wurundjeri Way and includes the Mirvac development from there to the Bolte Bridge. The apartments and town residences are renowned for their Mirvac quality construction, size, floor plans and being on the south side of the Yarra River, their proximity to South Wharf and Southbank.”

Having served the industry in so many ways including running real estate groups and heading up national real estate service businesses, Geoff is thrilled to be working in an area that he loves for a brand that he respects. “I’ve known Daniel Cole for over 20 years”, he shares. “I know he is committed to his team genuinely making a positive difference in people's lives when it comes to their real estate dreams.”