Chat with us, powered by LiveChatClare Valley stone cottage charms buyers from far and wide 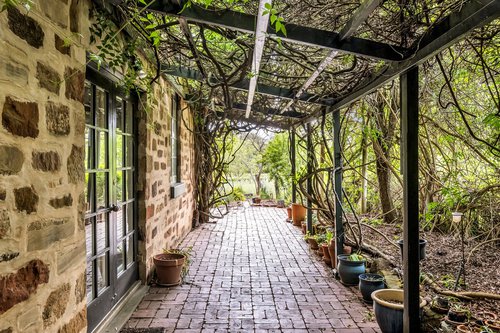 “There were more than a dozen enquiries in the first 24 hours of listing, from Victorian and South Australian buyers attracted to the location, character and history of the home,” she said.

“I expect this property to sell well and quickly.”

The cottage on 1121sq m is a hidden gem in a dream location 183km from Adelaide and on the picture-postcard Riesling Trail through the Clare Valley. 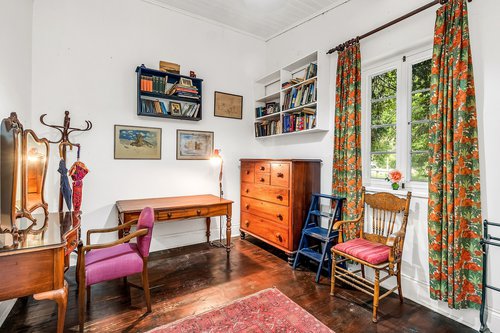 There are no neighbours in sight, only infinite views of rolling hills and vast vineyards that sprawl in the internationally renowned wine region.

Home to the owner since the 1980s, the original worker’s cottage has lived through two world wars and changed hands numerous times.

It has been home to a miller, grazier, farmer, orchardist, blacksmith, and a stonemason from nearby Mintaro, which is famous for its slate and the iconic Martindale Hall, once used in the film Picnic At Hanging Rock.

Light and bright with a Mediterranean feel, the cottage has airy refurbished rooms and an architectural extension with views of the countryside.

The property will appeal to retirees, downsizers or anyone wanting a weekender or running an Airbnb, Ms Wood said.

Unless sold prior, it is for Sale by SET DATE® closing 9 am December 20.

Unique properties including churches sell quickly in regional South Australia, and more are expected to come on the market in the next few months, according to Ms Wood.

In Tarcowie, 257km from Adelaide, a former church built in 1899 that was converted to a three-bedroom home was sold within a week of listing to a Melbourne buyer.

The double-storey dwelling at 54 High Street retains features of its former life, including a vestry and porch with colourful feature tiling and stained glass windows. 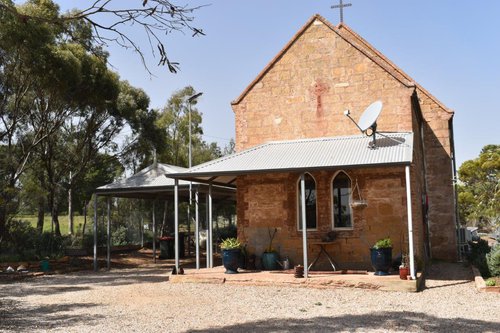 The downstairs living area displays a stained glass window, oak panelling from the historic Southern Cross Hotel in Adelaide and a cosy fireplace, while an upstairs bedroom has pressed metal ceilings.

The 2000sq m property, with abundant native bird and wildlife, is tucked in a peaceful township near Magnetic Hill and Mount Remarkable National Park, in the Southern Flinders Ranges.

Less than an hour’s drive away, in Terowie, the former St John Anglican Church was on the market for less than a week before it was snapped up by a Melbourne buyer from Carlton.

“We received 50 offers from across Australia and it sold sight unseen,” Ms Wood said.

“I mailed the keys to the buyers but kept a set in case it got lost in the post.”

The buyers plan to convert the 1890 stone building on 2023sq m in Mitchell Street to off-grid holiday accommodation. 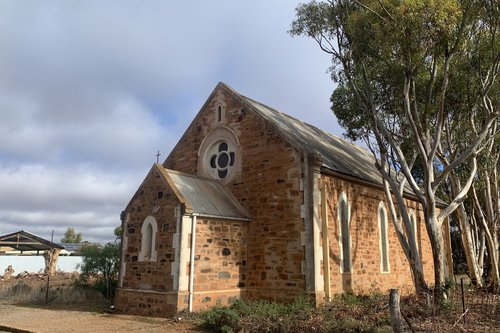 A popular destination for photographers, historians and rail buffs, the township is 220km from Adelaide and is a gateway to the Flinders Ranges.

It is renowned for its well-preserved 1880s buildings and railway history.