Chat with us, powered by LiveChatCompeting buyers push Donvale home $600K above reserve at midweek auction

A packed twilight auction has delivered a massive result for a stunning Donvale house and its long-time owners.

The 17 Limassol Court property drew up to 15 buyers, with six placing bids and pushing it to an eye-watering $2.913 million sale. 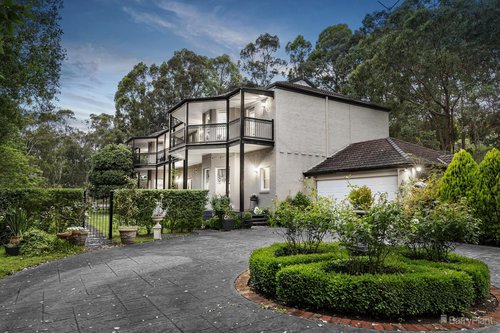 The grand five-bedroom beauty on 7524sq m had garnered plenty of interest before the February 9 auction.

“It is a beautiful house in a great setting and had 150 groups at the inspections and 15,000 internet views, which was more than double our average,” Barry Plant Doncaster East agent Scott George said.

“We had the auction on a Tuesday night because Tuesdays and Thursdays seem to work well.”

The result was well above the $2.3 million seller’s reserve and “surprised everyone”, with three bidders still competing past the $2.8 million mark.

“We knew there was strong interest and the strong competition took it to the final result,” Mr George said.

“The sellers presented the home very well and had fresh flowers at each inspection, and all the bidders were local families looking to upsize.”

The double-storey lifestyle home has a pool and spa, five bedrooms, landscaped gardens, elegant living and dining zones, and a serene setting.

Another strong auction sale was for a three-level townhouse at 1/13 Dianne Street, Doncaster East, which sailed $350,000 above the seller’s reserve to fetch $1.45 million. 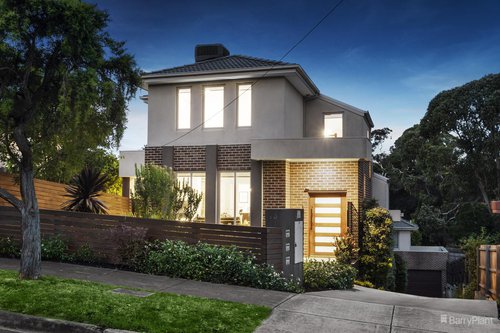 The four-bedroom, the four-bathroom house had 100 buyers at inspections.

“Homes that have a good location and that are well presented will perform strongly at auctions,” he added.

“We expected more owners to list their properties for sale in March and April when they see the strong prices sellers are getting in January and February,” he said.

“People will jump in the market and this might cause prices to stabilise.”

On the same day, a first-home buyer couple ended their two-year search when they landed the highest bid for 82 Shorts Road, Coburg North. 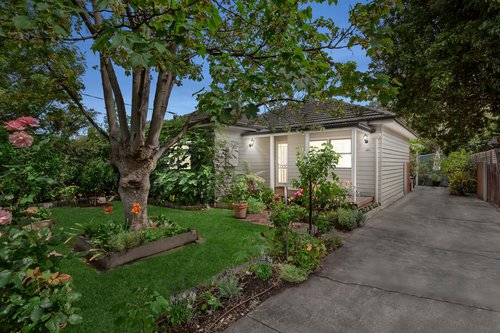