Chat with us, powered by LiveChat‘Huge’ auction weekend for Barry Plant Highton with nine properties up for contest

With up to 100 people allowed to attend auctions in regional Victoria, Barry Plant Highton has a strong line-up of nine properties going under the hammer on Saturday, August 21.

Lockdown restrictions in Melbourne have impacted the number of auctions this weekend, but 43 auctions are scheduled by the Barry Plant Group in the city, regional areas and in South Australia. More homes were set for auction but some have sold prior while others postponed to later dates.

The wide range of homes on offer in the Geelong region is attracting strong interest, according to Barry Plant Highton agent Josh Carter.

“It’s going to be a huge day for us on Saturday,” Mr Carter said.

Custom-built by the owners three years ago, the house is a standout in the street with its modern design and rustic wall cladding, according to Mr Carter.

“It’s a very attractive property and ideal for anyone wanting a seachange,” he said.

Attracting mainly families and downsizers, the property has generated close to 4000 page views on realestate.com.au.

“We have received consistently positive feedback on this property since it hit the market,” Mr Carter said.

The rare offering has a striking design with an extensive use of rich natural materials, and is located in a growth area just 10 minutes from the beach, Mr Carter added.

On an elevated position in an exclusive neighbourhood near Barrabool Hills shopping centre and quality schools, the palatial property is catching the eye of downsizers and growing families.

Featuring ornate fittings and an opulent main suite, it makes the ideal entertainer with multiple living spaces, including a vast kitchen and living zone that flows out to a large undercover alfresco area.

With the availability of the adjacent property at 1 Laura Avenue, to be auctioned on August 28, the rarity on the market has the potential for a 1570sq m mega site and offers a range of development options.

Currently generating an income of about $53,560 a year, the property will provide an outstanding return while the buyer seeks value-add options.

Within an hour’s drive to Melbourne, the property is near High Street shops, Oberon Primary School and public transport, while Torquay Road and Waurn Ponds shops, Highton Village, Barwon River walking tracks, aquatic centre and the Surf Coast are not far away. 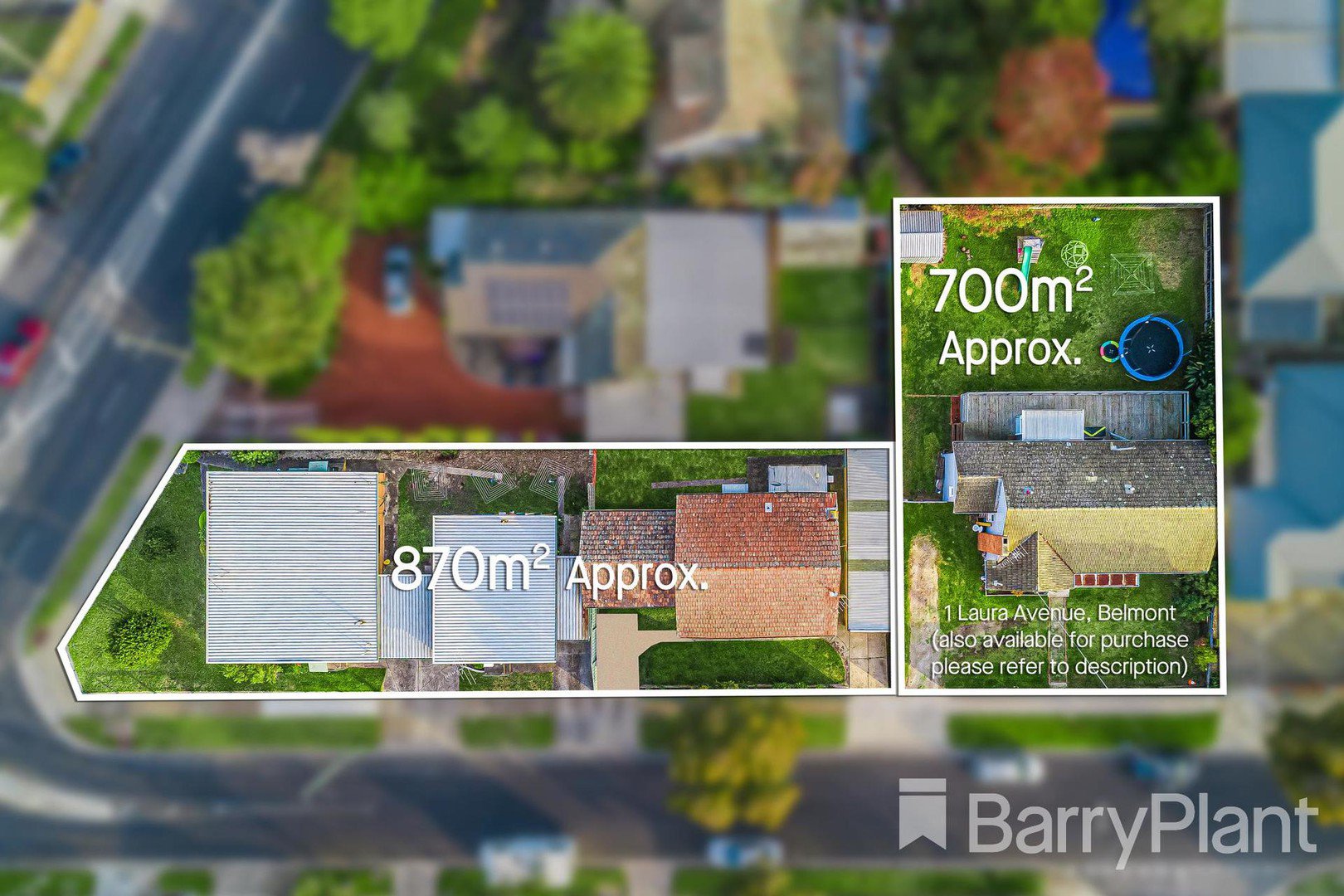