Chat with us, powered by LiveChatMornington Peninsula’s astronomical price growth in 2021

Beachside suburbs on the Mornington Peninsula were among the biggest daily price earners for homeowners in 2021.

Across several suburbs, median house prices skyrocketed as much as $5125 and $3425 every 24 hours, according to Real Estate Institute of Victoria data.

The likes of Flinders, Shoreham and Rosebud each achieved more than a 30 per cent annual change in median house prices, with Shoreham leading the pack with a whopping 137.6 per cent growth in the 12 months to last December.

Though some figures may be slightly skewed from low sales volumes and sales of more expensive prestige properties, the data indicated the overall popularity of the peninsula’s suburbs.

The week ending January 23 was one of the peninsula’s hottest auction weeks as a string of auctions were held and attracted large groups of family buyers.

It will also be busy for the weekend of January 29-30, according to Barry Plant Rosebud director Craig Leo, with 13 properties scheduled to go under the hammer.

Auctions are the preferred method of sale in the Rosebud office, with at least 95 per cent of properties sold under the hammer.

“We believe the best way to get the best price is through auction, we have had a consistent clearance rate of 89.7 per cent over the past 12 months,” Mr Leo said.

“The market has been fueled by a number of things, one of which is the working from home factor, and buyers now have a sea change for a lesser price point,” he said.

“Also, while international travel is not secure, people are buying holiday homes to use or holiday lets to rent out.”

“Since the Residential Tenancy Act came into effect, people are taking back holiday homes or selling because the market is strong,” he said. 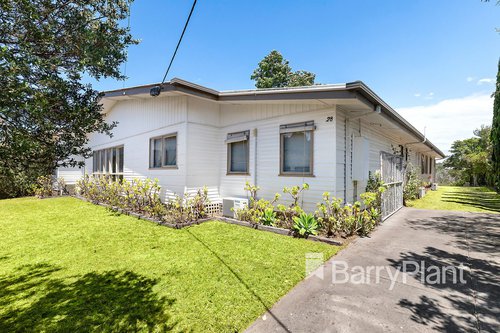 Sitting on a half-acre, the seven-bedroom home has four units under the roofline, each with one or two bedrooms.

The property attracted 38 groups through the first inspection and is expecting a solid result. 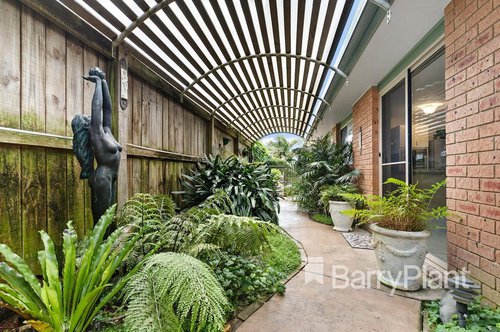 Rosebud has seen an annual median price increase of 30.9 per cent, which is an average growth of $518 per day.

Private sales of Rosebud properties are taking a record 15 days, compared to the typical 30-40 days on market in some peninsula suburbs.

The new days on market is 16 days for houses in Capel Sound and Seaford, and units in Rosebud.