One of the premier events on the Barry Plant calendar was held recently, with the Kick Start Sales and Property Management Conference taking place at The Pullman Hotel in Albert Park.

This was the 15th year of the Kick Start Conference, which is a leading professional development and networking opportunity for the extensive network of directors, agents, sales managers, and property managers who are part of the Barry Plant Group. 415 people attended the event.

“The Kick Start Conference is a great opportunity for all of those who are part of the Barry Plant family to get together and listen to some fantastic guest speakers, with the hope that all attendees are inspired, challenged, and ready for what will undoubtedly be a huge 2020 for our company”

“It is also a chance for everyone to keep up-to-date with all the strategies and tools needed to succeed for the next year”.

The conference kicked off with keynote speaker John Anderson, the founder of Contiki Holidays, who talked about his personal and professional journey and how he came to found one of the world’s most successful travel tour companies. There were a number of other guest speakers and sessions held over the day.

The sales session was a fascinating panel which consisted of three of Barry Plant’s next-generation property agents including Daniel Cripps (Barry Plant Wantirna), Angelia Williams (Barry Plant Pakenham), and Bailey White (Barry Plant Cranbourne/Frankston). They discussed their own personal successes and setbacks, and what it takes to prosper and find your own niche in the competitive property marketplace. 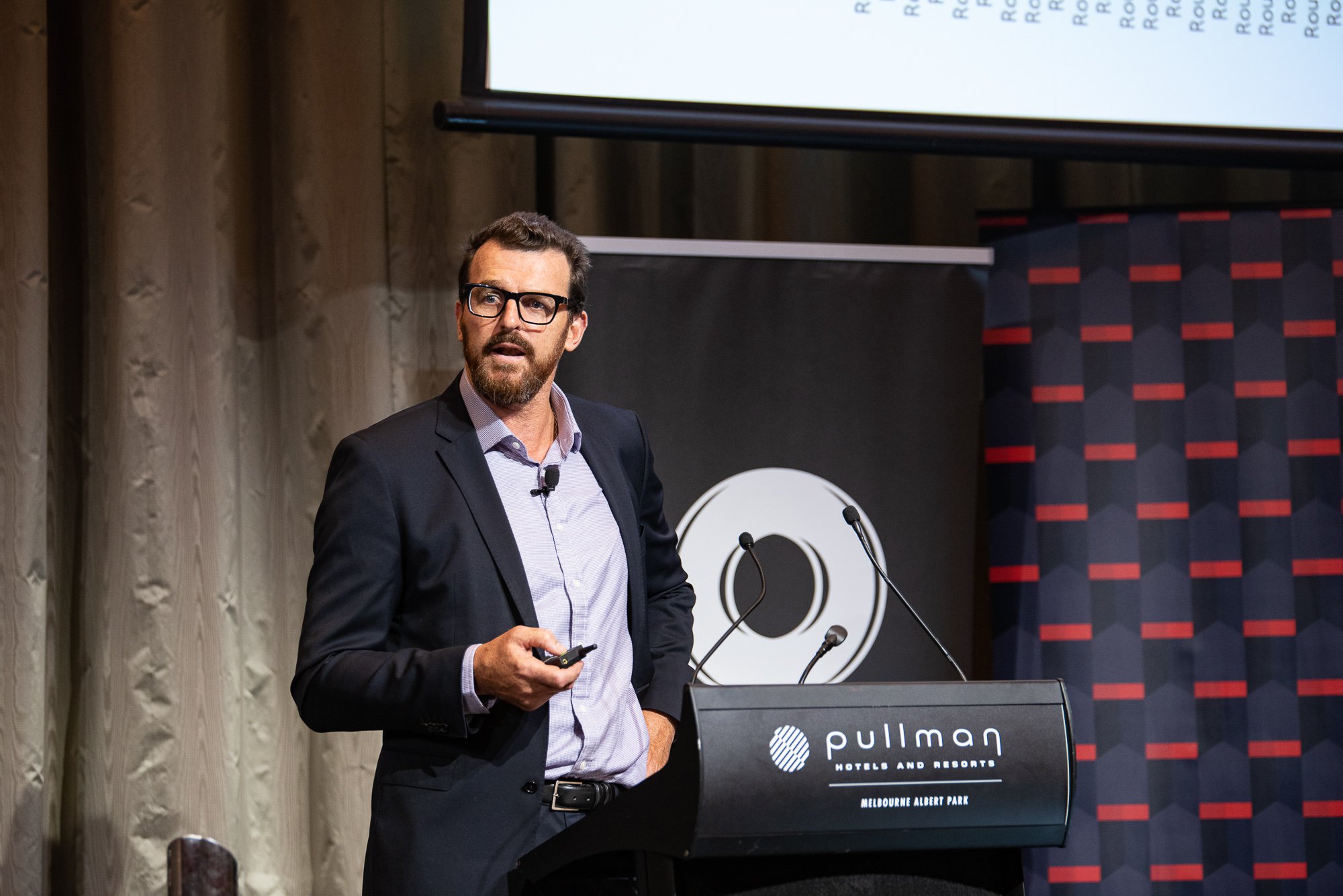 The speakers concluded in the late afternoon with Brendon Gale, the Chief Executive Officer and Executive Director of the Richmond Football Club (pictured above), and comedian/writer Adam Rozenbachs who provided some light entertainment and a lot of laughs.

The conference ended with a charity auction which raised money for the Beyond the Bricks initiative helping bushfire relief. There were seven items auctioned which, along with items that were presold, raised $44,950 in total. Auction items included two chances for a Sydney Harbour cruise on a 52-foot luxury yacht, VIP passes to the Australian Grand Prix, a round of golf with Carlton Football Club premiership legends Stephen Kernahan and Craig Bradley, and a trip for two to the Sanctuary Cove International Boat Show. 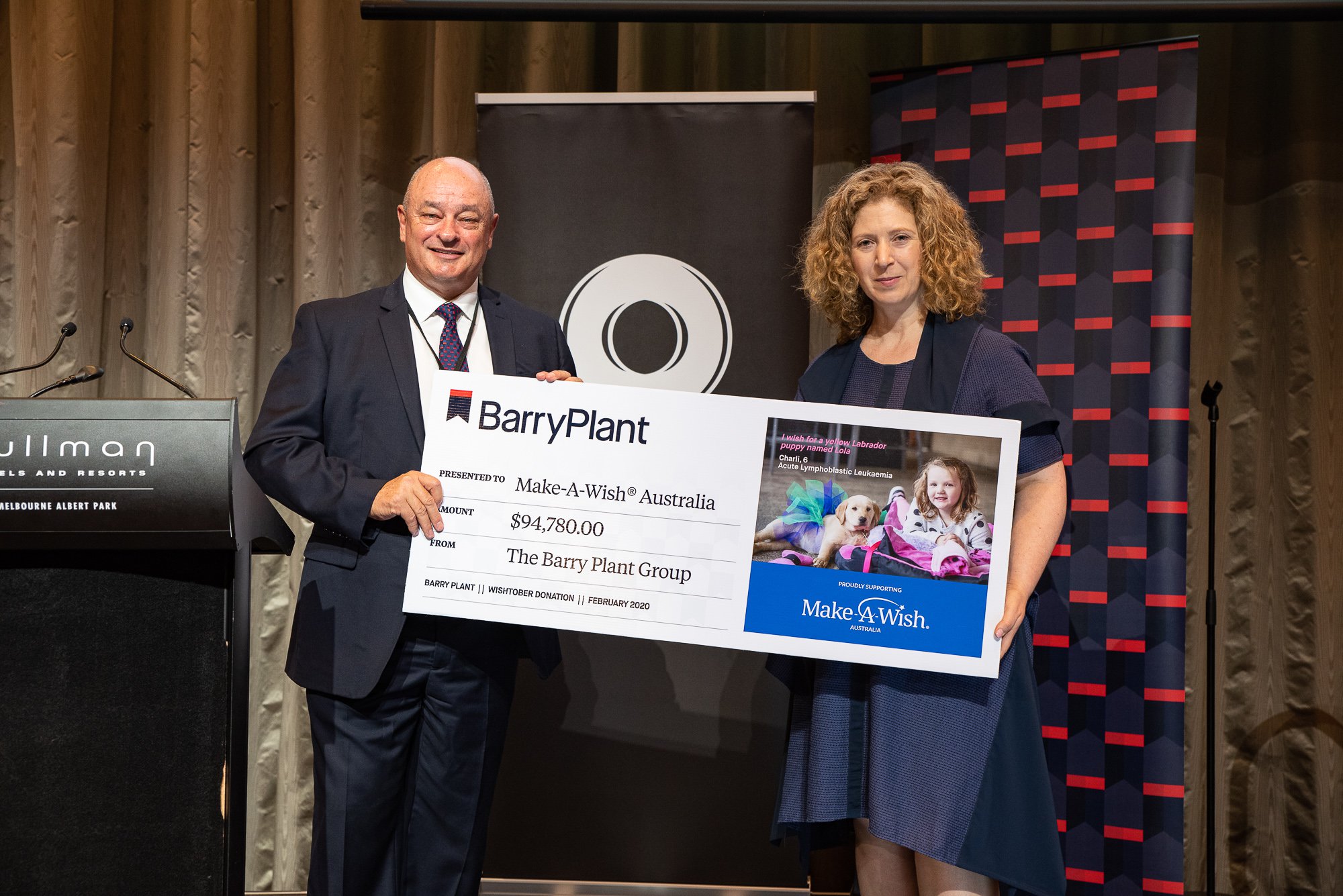 Above: Barry Plant CEO Mike McCarthy presents the Head of Partnership at Make-A-Wish Australia Group a cheque for $94,780 (the funds raised during Barry Plant's Wishtober in 2019).