Chat with us, powered by LiveChatPretty groovy

A mint-condition 1970s house is bringing retro flair to the Keilor property market. This would have been the grandest residence on the street when it was built over two and a half years in the 1970s. It’s now for sale, complete with original funky tiles and exposed-brick walls.

The eye-catching house at 4-6 Campaspe Cres has been largely untouched since it was built by the vendors — a process that took two and a half years, and was completed in 1978.

Exposed brick, built-in timber cabinets and funky tiles characterise the time capsule, which is set to go under the hammer on March 7 with a $1.2-$1.3 million price guide.

Barry Plant Taylors Lakes partner Las Anastasiadis said the residence would have been the grandest house on the street when it was built, thanks to its imposing brick facade and substantial 1093sq m block.

“I don’t think it would ever come down, it’s got that much concrete,” he said.

Ms Anastasiadis said the substantial dimensions carried on inside the house, where there were high ceilings, “massive doors” and a “huge meals and family room” adjoining the stone and Gaggenau kitchen.

The owners extended the house in the mid-'80s, and it now features six living and dining rooms, five bedrooms, three bathrooms, two garages, a laundry, alfresco area, and space in the basement for a gym or workshop. 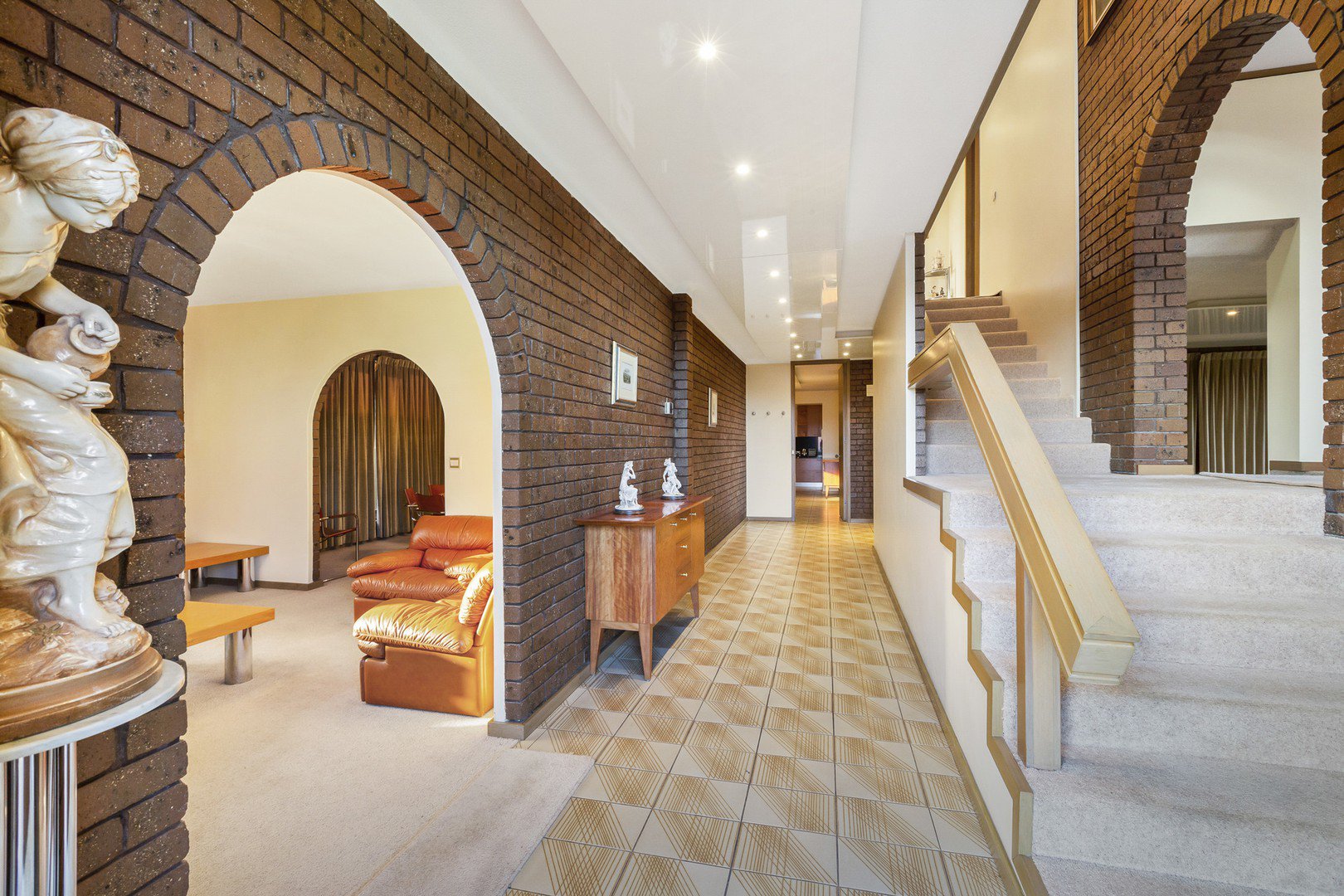 Mr Anastasiadis said the vendors had raised their family at the property, but had now downsized to Pascoe Vale.

Their home was attracting attention from buyers who “liked the land space and the size of the home”, and who had intentions to “renovate to a degree”.

The agent said the property originally contained two titles, which were amalgamated into one. So the buyer could also potentially subdivide the land again and sell off the extra land.

A good place to lockdown