One auction result can make a very big difference

As quite a few of our readers would already be aware, the Barry Plant network was thrilled to be asked to assist a very important ‘vendor’ this week, conducting a special fund-raising auction of a brand-new house and land package the ‘My Room Children’s Cancer Charity’. 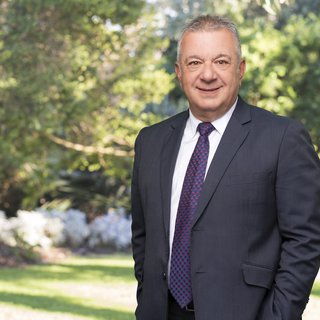 Our Director, Jim Hatzimoisis, was asked to conduct the auction, (as he did in 2018), of a brand new four-bedroom home which will be built by Simonds Homes in Mickleham on a homesite donated by Satterley, one of Melbourne’s leading land developers. With both the house and land being donated, this event is a major contribution to the important cause of fighting children’s cancers.

On a local level, we saw huge numbers attending many of our Open Houses this week, further confirming the ongoing shortage of available property and the growing demand from motivated buyers. This imbalance has helped several recent results, including:

Deer Park: Just a stone’s throw from Brimbank Shopping Centre and a short walk from local schools, the three-bedroom home in Angelique Grove achieved a strong sale as a result of competitive interest from several first home buyers.

Hillside: A three-bedroom townhouse in Jade Way attracted good interest from the day it hit the market. A strong early offer of $520,000 convinced our happy vendors not to wait for next Saturday’s scheduled auction, with the SOLD sticker going up during the week.

Kealba: Enjoying a prime corner position, the run-down home at 49 Driscolls Road was essentially marketed as a block of land, with builders, developers and investors prominent among the enormous crowd for Saturday’s auction. The eventual sale price of $465,500 was a very satisfying one for all involved.

St Albans: A mix of market entrants and investors showed interest in a well-maintained three-bedroom home in James Street, handy to the shops and trains in central St Albans. It was smiles all round when the contract was inked in the mid-$500,000’s.

Don’t forget that the official start of Spring is now less than a week away, so if you’re ready to take advantage of the strong selling conditions we’re experiencing right now, give us a call this week at Barry Plant Taylors Lakes on 9390 8333.

Buyers active right up to NYE