As quite a few of our readers would already be aware, all of us in the Barry Plant network were particularly thrilled to be asked to assist a particularly important ‘vendor’ this week. 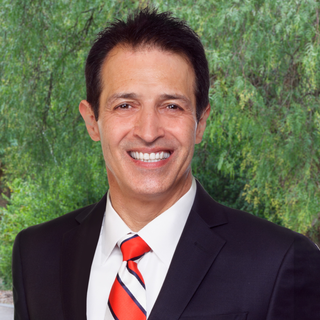 Several of our branches got involved in marketing and auctioning a brand-new house and land package in the south-eastern suburbs as a fundraising event for ‘My Room Children’s Cancer Charity’.

The Director of our Taylors Lakes office, Jim Hatzimoisis, was once again asked to conduct the auction, (as he has done at this annual event for the past few years), whilst several other members of our network, including the team at Barry Plant Berwick, co-ordinated the buyer inspections of a brand new four-bedroom home built in the Arcadia Estate in Officer.

The home was built and donated by Simonds Homes on a homesite donated by Satterley Properties, one of Melbourne’s leading land developers. What’s more, the home came with around $150,000 worth of builder’s upgrades and was sold fully furnished with another $85,000 worth of goods donated by caring Melbourne businesses such as Adriatic Furniture, Bunnings, Harvey Norman, Salt & Pepper and A J Beard, just to name a few.

With all these generous donations, the entire proceeds of the auction were earmarked to go to the important cause of fighting children’s cancer at Monash Children’s Hospital.

The campaign certainly went well, with the full complement of ten bidders gathering on site whilst a further eleven bidders registered to bid online. The bidding opened at $601,000 and quickly passed the reserve of $620,000. From there, a spirited bidding duel continued all the way to a very satisfying $695,000, with the keys being won by a couple of first home buyers from Glen Waverley.

It’s always pleasing to be able to achieve a positive result for a client, and particularly so when you know that it will help so many Melbourne families in their time of need. With this in mind, if you have a need for a strong result in your own property dealings, don’t hesitate to get in touch with the team at Barry Plant Thomastown on 9466 3233, or call me personally on 0418 331 741.

Onsite auctions back on the agenda

Some buyers won’t wait for September

Buying during the Coronavirus emergency