Soaring demand for high-end homes in the northern suburbs

A Bundoora showpiece with “all the bells and whistles” has set a new price record for the suburb.

A local family searching for their forever home splashed $2.71 million on the luxurious four-bedroom house on 767sq m at 24 Leahy Drive in the coveted University Hill Estate. 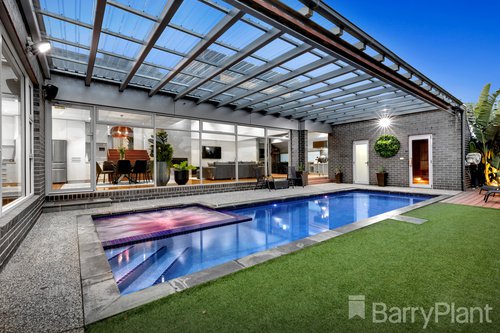 During the four weeks, it was on the market, the property was inspected by about 70 groups and was contested by four buyers who made offers, Barry Plant Bundoora sales manager Michael Egan said.

“They were all families who wanted to upgrade to a bigger and better home,” he said.

“And this one is a standout with all the bells and whistles.”

Built by the owners about nine years ago, the palatial family home with bold street appeal features a fully-equipped theatre room plus a heated pool and spa with an adjacent bathroom and sauna.

Designed to impress car enthusiasts, the basement garage offers parking for eight vehicles, a hoist, a gymnasium and masses of storage space.

An entertainer’s delight, the house showcases a marble kitchen with top-notch appliances, which merges with a living and dining zone and a sheltered deck with an outdoor kitchen.

Ideal for a growing family, it also includes a study, rumpus room, two powder rooms and four bedrooms, including a sumptuous main suite with a sitting area, ensuite and walk-in wardrobe.

Tucked in a parkland setting, the property is near La Trobe and RMIT University campuses, quality schools, a vibrant shopping centre, trams and access to the ring road.

The result achieved by the Leahy Drive property eclipsed the suburb record previously held by 80 Clovemont Way, which Mr Egan sold in March for $2.375 million. 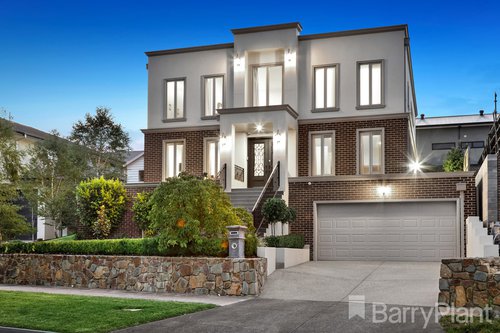 The grand French Provincial-style house attracted three bidders and was sold under the hammer to a family from the northern suburbs.

Demand is soaring for quality family homes in the area, particularly for those that are newly built or renovated to a superior standard, according to Mr Egan.

“Recent sales prove that the upper end of the market is buoyant,” he said.

“Owners of high-end homes should capitalise on this.”

There was a preference among buyers for family homes that were move-in ready because of the rising costs of construction, according to Real Estate Institute of Victoria president Richard Simpson, as reported in the Herald Sun.

“It doesn’t surprise me that properties that are unrenovated are struggling a little bit in this environment,” he said.

“Homes that are already fully done up are preferred by people who just want to buy and move in.”